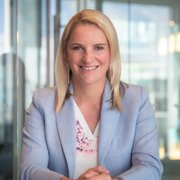 Hilary Walton is a Director, Digital Influencer, Digital, Security & Business Transformation Leader, Psychologist, Author, YouTuber & Podcaster, wife and mother of three and wants to make the world a better place by championing diversity. She is currently Chief Information Security Officer (CISO) of the Kordia Group –a mission-critical technology provider in the cloud, cyber security and connectivity space and is responsible for security for Kordia’s ANZ operations.

Her diverse background in organisational psychology, ICT, risk management, and security sets her apart from her peers with traditional technology backgrounds. She has significant experience from offshore roles – she worked for Mi5 in London and the London 2012 Olympics and Paralympic Games leading the Information Security programme.

She has written a book and developed an App on how to improve Security Culture. Outside of work, Hilary is a ‘YouTuber’ and is a passionate sharer of ‘Digital Culture’ ideas on social media, She founded a 'Digital Culture Ideas' YouTube show and podcast to help people understand the biggest cultural shift that is happening right now – a move towards a more digital culture nation. She believes that being ‘digital’ requires a new set of behaviours and ways of working for people to learn and adopt. 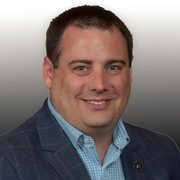 Jason Keirstead is an IBM Distinguished Engineer and CTO of Threat Management in IBM Security. His role includes the complete threat life cycle, from Threat Insight, through Prevention, Detection, Response and Recovery and encompasses XForce Threat Management products, the QRadar product suite, Resilient/SOAR, and Threat Management on IBM Cloud Pak for Security. Jason also sits on the OASIS Board of Directors and serves as a co-chair of the Open Cybersecurity Alliance project governing board. 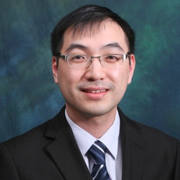 Dr Man Ho Allen Au is an associate professor at the Department of Computer Science of the University of Hong Kong (HKU). Before joining HKU, he was an associate professor in the Department of Computing of the Hong Kong Polytechnic University. Dr Au’s research interests include information security, cryptography, blockchain technology, and their applications. He has published over 180 refereed papers in top journals and conferences, including CRYPTO, ASIACRYPT, ACM CCS, ACM SIGMOD, NDSS, IEEE TIFS, TC, TKDE, etc. He is a recipient of the 2009 PET runner-up award for outstanding research in privacy-enhancing technologies.

Dr Au’s research has generated significant social and economic impact. His digital signature technology has been used in the Hyperledger Fabric project, the most popular blockchain infrastructure supported by big industry players like IBM, Intel, and SAP. He is a general co-chair of ACM ASIACCS 2021 and an expert member of the ISO/IEC JTC 1/SC 27 working group 2 - Cryptography and security mechanisms.

Blockchain-based cryptocurrencies such as Bitcoin provide a way to construct decentralized payment systems without the need of any trusted parties. However, these cryptocurrencies inherent the transparent feature of blockchain and thus lack privacy. To tackle this problem, considerable efforts have been devoted to the development of privacy-preserving cryptocurrencies. Examples, including Monero and Zcash, employ advanced cryptographic primitives to provide user privacy.

However, strong privacy is a double-edged sword. It is difficult, if not impossible, to apply typical compliance measures to these cryptocurrencies. Consequently, cryptocurrencies could be abused for illegal activities such as blackmailing or money laundering. In this talk, we present our recent effort in the development of a decentralized cryptocurrency supporting privacy and accountability. In particular, we will present mechanisms to support various compliance measures while maintaining privacy. Finally, we will conclude the talk with insights developed from our experience. 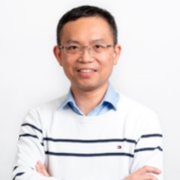 Joseph Liu is an Associate Professor in the Faculty of Information Technology, Monash University in Melbourne, Australia. He got his PhD from the Chinese University of Hong Kong at 2004. His research areas include cyber security, blockchain and applied cryptography. He has received more than 9500 citations and his H-index is 55, with more than 200 publications in top venues such as CRYPTO, ACM CCS, NDSS, INFOCOM. He is currently the lead of the Monash Cyber Security Discipline Group. He has established the Monash Blockchain Technology Centre at 2019 and serves as the founding director. His remarkable research in linkable ring signature forms the theory basis of Monero (XMR), one of the largest cryptocurrencies in the world with current market capitalization more than US$6 billion. He has been given the prestigious ICT Researcher of the Year 2018 Award by the Australian Computer Society (ACS), the largest professional body in Australia representing the ICT sector, for his contribution to the blockchain and cyber security community. He has been invited as the IEEE Distinguished Lecturer in 2021 for the topic of Blockchain in Supply Chain. 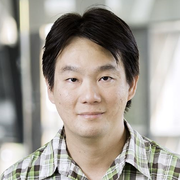 He is an ACM Distinguished Speaker and IEEE Computer Society Distinguished Visitor (2021 - 2023), and included in Web of Science's Highly Cited Researcher in the field of Cross-Field - 2020. In 2015, he and his team won the Digital Forensics Research Challenge organized by Germany's University of Erlangen-Nuremberg. He is the recipient of the 2019 IEEE Technical Committee on Scalable Computing Award for Excellence in Scalable Computing (Middle Career Researcher), the 2018 UTSA College of Business Col. Jean Piccione and Lt. Col. Philip Piccione Endowed Research Award for Tenured Faculty, the British Computer Society's 2019 Wilkes Award Runner-up, the 2014 Highly Commended Award by the Australia New Zealand Policing Advisory Agency, the Fulbright Scholarship in 2009, the 2008 Australia Day Achievement Medallion, and the British Computer Society's Wilkes Award in 2008. He has also received best paper awards from the IEEE Consumer Electronics Magazine for 2020, EURASIP Journal on Wireless Communications and Networking (JWCN) in 2019, IEEE TrustCom 2018, and ESORICS 2015; the Korea Information Processing Society's Journal of Information Processing Systems (JIPS) Survey Paper Award (Gold) 2019; the IEEE Blockchain 2019 Outstanding Paper Award; and Best Student Paper Awards from Inscrypt 2019 and ACISP 2005.

Internet of Things (IoT) devices are becoming commonplace in our society, due to their widespread applications (e.g., environmental monitoring, smart cities, healthcare, surveillance, and battlefields such as Internet of Battlefield Things). Such devices are also generally capable of capturing a broad range of information, including digital artifacts that can be used for cyber threat intelligence and inform security mitigation strategy formulation. There are, however, a number of challenges associated with designing IoT cyber security and threat intelligence solutions. In addition to the technical challenges, there are also associated legal and policy challenges that need to be considered in the design and deployment of such solutions in practice.

In this presentation, we will explore the challenges from technical, legal and policy perspectives. For example, how do we use machine/deep learning to facilitate detection of real-time attacks against IoT devices and systems, and how can we automatically identify and collect digital evidence in a forensically sound manner which can be subsequently used for cyber threat intelligence? In the event that the attackers use sophisticated tools to obfuscate their trails, can we design machine/deep learning techniques to unobfuscate and/or identify and exploit vulnerabilities to get access to digital evidence? What are the potential legal implications and challenges? Can we also design explainable AI techniques to facilitate the explanation and inclusion of such digital evidence and cyber threat intelligence in court proceedings or presentations to C-level or boards in organizations? Based on these discussed challenges, we will identify potential opportunities for stakeholders in academia (e.g., students and researchers), industry and government. 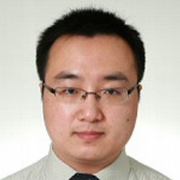 Jie Zhang is currently an Associate Professor of the School of Computer Science and Engineering, Nanyang Technological University, Singapore. He obtained Ph.D. in Cheriton School of Computer Science from University of Waterloo, Canada, and was the recipient of the Alumni Gold Medal at the 2009 Convocation Ceremony. The Gold Medal is awarded once a year to honour the top PhD graduate from the University of Waterloo. Jie Zhang's research is in the general area of Artificial Intelligence and focuses on trust modeling and preference modeling for various emerging application domains (e.g. e-commerce, VANET, IoT, collaborative systems, etc.). His papers have been published by top AI conferences (such as NeurIPS, AAAI and IJCAI) and top networking and security journals (such as IEEE TIFS and IEEE TNSM). He has won several best paper awards at the conferences like IM, CNSM, IFIPTM, etc. Jie Zhang is also active in serving research communities. He is serving as Senior Editor of the Electronic Commerce Research and Applications journal and Associate Editor of IEEE TNSM. He also served as General Chairs and PC Chairs for several international conferences.

Trust, as a soft security mechanism, can protect us from malicious parties who offer us resources or services in open and distributed networks. In this talk, I will briefly introduce the definitions and characteristics of trust. I will also give a few example models of trust. There are many challenges when modeling trust. I will particularly focus on the issue of unfair rating attacks by introducing several different approaches in coping with the unfair rating attacks. Finally, I will bring up several remaining issues that should be addressed for trust models to be robust.